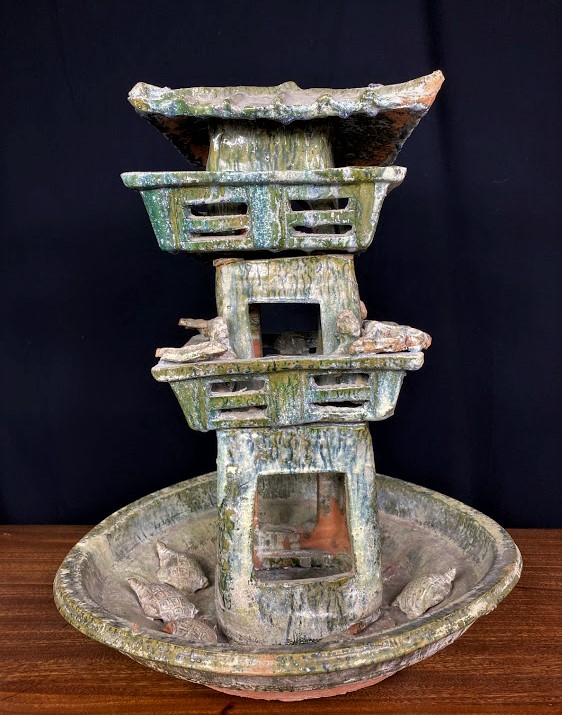 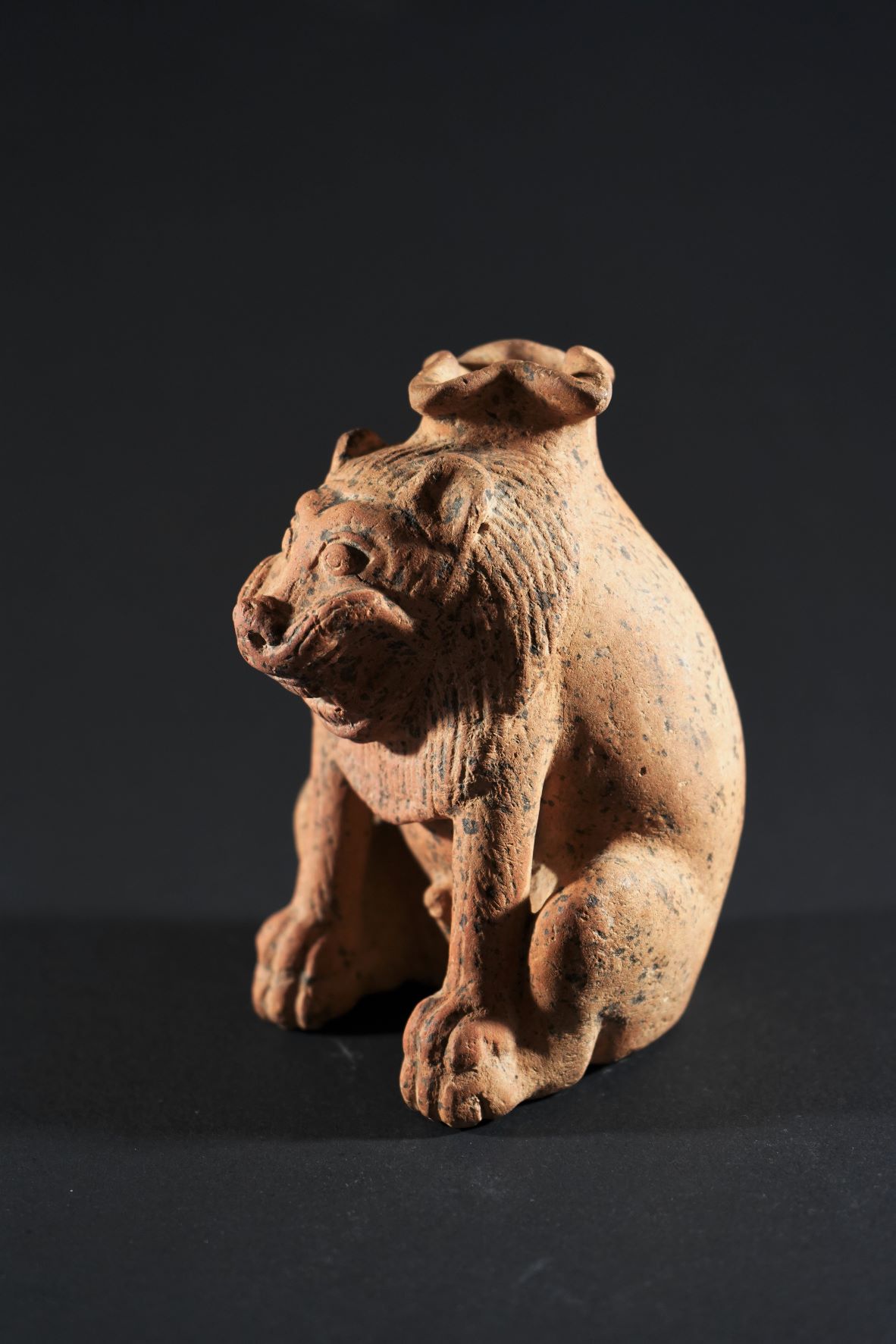 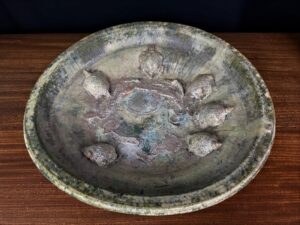 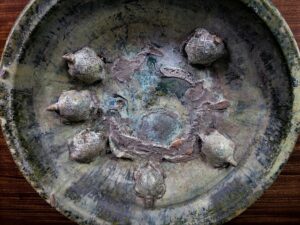 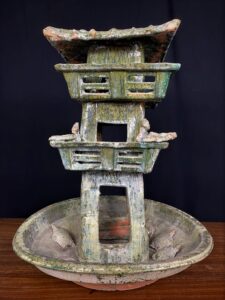 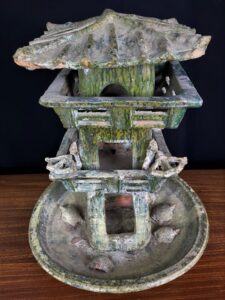 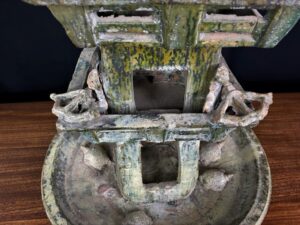 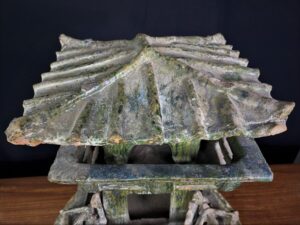 G717.5 A green glazed pottery watchtower with crossbowmen and a moat with turtles

Pottery models of watchtowers and pavilions were typically manufactured for internment in the highest-ranking tombs of the Eastern Han dynasty.

Reference: There is a similar watchtower in the Cleveland Art Museum, Ohio, acc.no.1989.71.